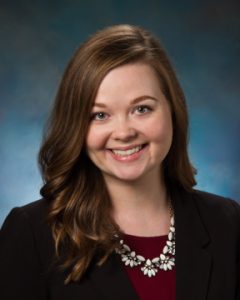 “This is a position that the community encouraged us to consider and we were happy to hire Sarah from a long list of qualified candidates to fill the position, during the current year,” shared Pittsburg City Manager Daron Hall. “She’s going to do a great job and we’re excited to have her on our team.”

The creation of the Public Information Manager position will help the city increase transparency, promote civic engagement and improve communication with the citizens of Pittsburg.

“This job is a perfect fit for me,” Runyon said. “As a Pittsburg State University student, I quickly fell in love with the community and I am grateful my career path allowed me to stay here. I’m passionate about the City Pittsburg and I’m excited to tell its story.”

Runyon holds a Bachelor of Science in Technology from Pittsburg State University. Originally from Burlingame, Kansas, she moved to Pittsburg in 2007 to study commercial graphics. Runyon has six years of experience as a public relations and marketing professional and has volunteered for the Pittsburg Downtown Advisory Board marketing committee, SEK Art Fest, Pittsburg Area Young Professionals, Pittsburg Area Chamber of Commerce and Colonial Fox Theatre Foundation. Previous positions include Public Relations and Marketing Director for the Colonial Fox Theatre Foundation, Community Relations Manager at Mosaic in Southeast Kansas and Marketing Account Executive at Freeman Health System. Runyon lives in Pittsburg with her husband, Isaac.