< Go Back to City of Pittsburg 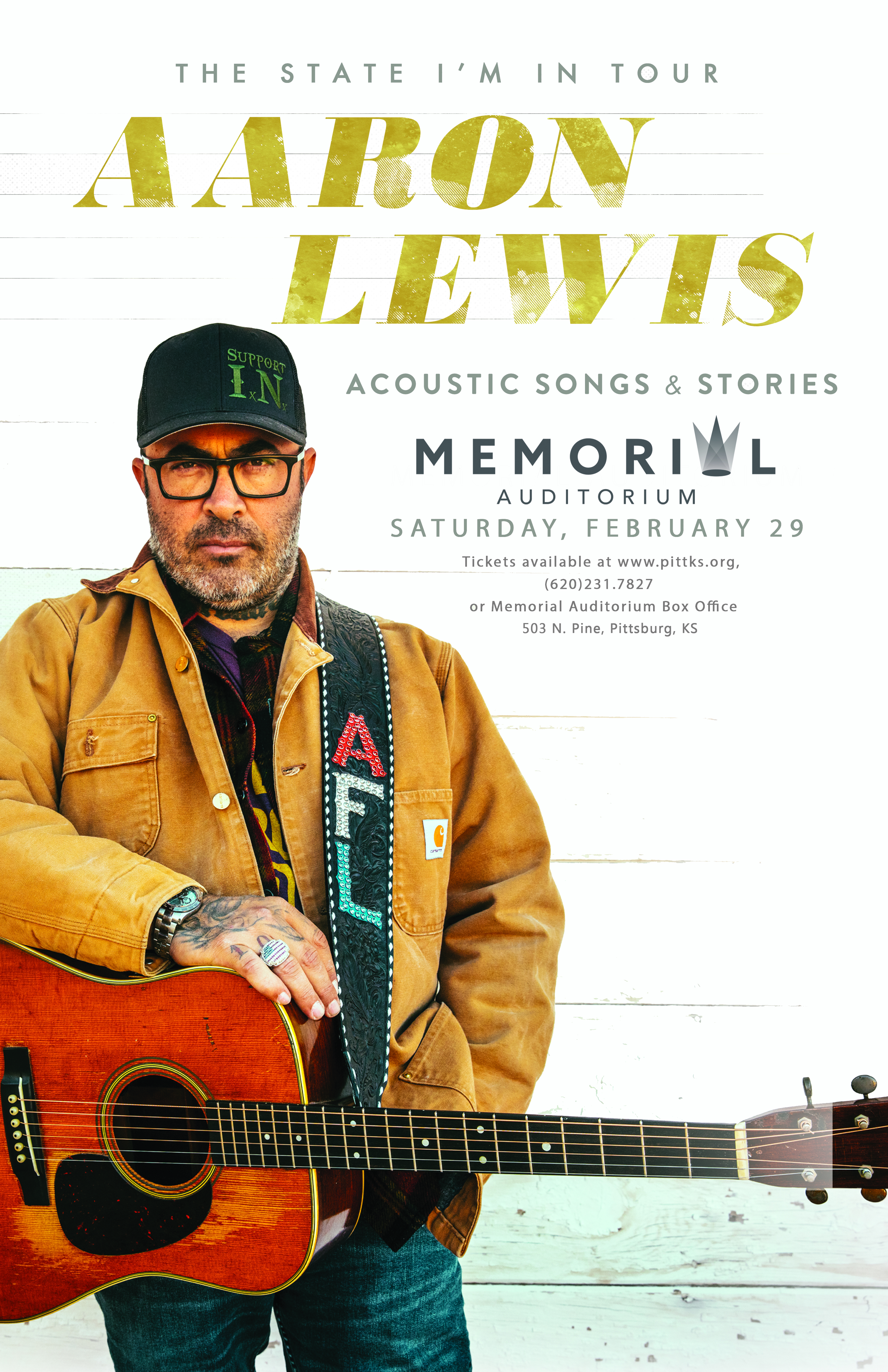 Grammy-nominated and multi-platinum artist Aaron Lewis is coming to The Memorial Auditorium & Convention Center on Saturday, February 29th for his State I’m In Tour, Acoustic Songs & Stories. Tickets will go on sale Friday, November 22nd at 10am. Tickets are $49, $59, $99 and can be purchased at The Memorial Auditorium box office, by phone at 620-231-7827, or online at www.pittks.org. (Limited VIP tickets are available)

Throughout his more than two-decade career, whether topping the charts as frontman of hard Rock heroes Staind, or his second act as a No. 1 artist on the Country charts as a solo artist, Aaron Lewis has always been painfully honest in his music.

He is 100 percent open, as he has to be, about his stunning new collection, STATE I’M IN (The Valory Music Co.).

“The songs I wrote on this record, they were some dark times,” he says. “The state I’m in is not Mississippi, or Texas, or Massachusetts, it’s more about the emotional state I’m in and everything I’ve surprisingly talked about in this interview. I’m always surprised by what comes out of me. I’m always surprised by the overall content of a record. It is a flow of consciousness.”

That consciousness led Lewis to the most vulnerable record of his career. In the gorgeously melancholy title track, Lewis sings candidly, “I’m still working my fingers to the bone/When the show is over I sit alone/Where the angels and the devils are my only friends/And I get up in the morning and I do it again.”