Check out some of our recent progress in the latest city project update video!

Crack sealing and surface seals – this increases the service life of existing pavement.

Structural overlays and mill & overlays – significantly improve the life of the pavement.

Complete reconstruction – restores the original service life of the pavement. 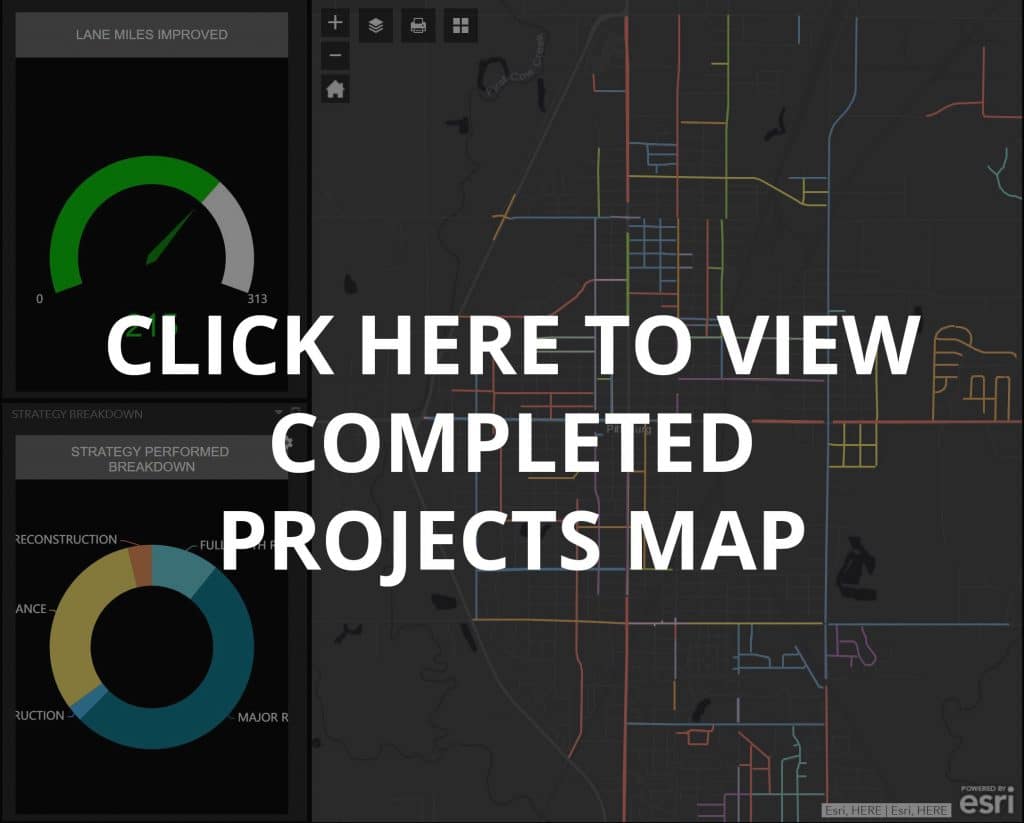 Over the last 10 years, the city has improved approximately 215 lane miles –
that equates to about 1.1 million feet of pavement!

In 2011, voters authorized a ¼ cent sales tax to pay for street improvements for five years.

In 2017, Pittsburg paid off the debt from a ½ cent sales tax that paid for Fire Station #1 and the Law Enforcement Center, causing the tax to expire a year early. The City Commission decided to use a portion of the expiring ½ cent tax to provide additional street maintenance funds, as the state matching funds program had been reduced.

In 2017, voters authorized the additional ¼ cent sales tax, which when combined with the existing ¼ cent sales tax, doubled the city’s annual funding available for street repair. This ¼ cent sales tax passed in 2017 also included a five-year sidewalk improvement program, which allows $50,000 each year to be set aside to, provide a 50-50 match for property owners who wish to build new sidewalks or repair existing ones.

As a result, the city has two (2) separate ¼ cent sales taxes to pay for street repair and maintenance.

On October 6, 2020, Pittsburg residents voted to combine the two ¼ cent taxes into one ½ cent tax, renewing the sales tax for a period of ten (10)  years and allocating $100,000 each year for sidewalk repair.