The sales tax collected from the Public Safety Operations Sales Tax is slightly higher than projected as seen in the graph below. The City started collecting the sales tax in March 2014. To date, the City has received $17,626,288 and the amount in reserves for 2021 is $1,821,786, which has been used to supplement the current year’s expenses. Below is how the current reserve balance is figured: 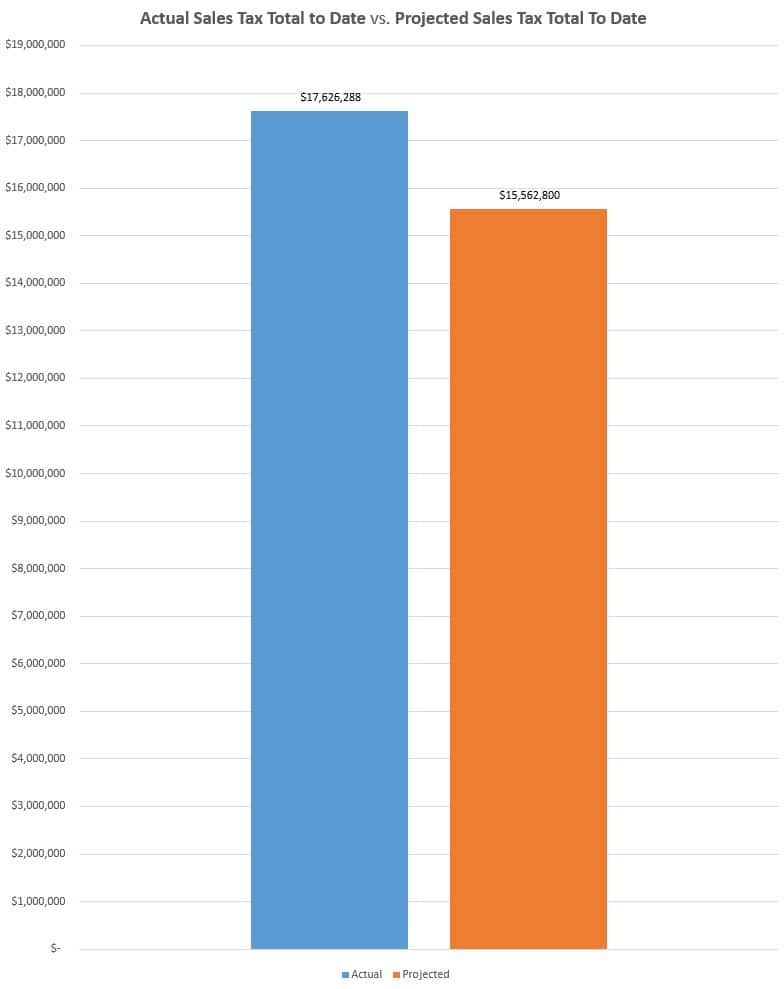 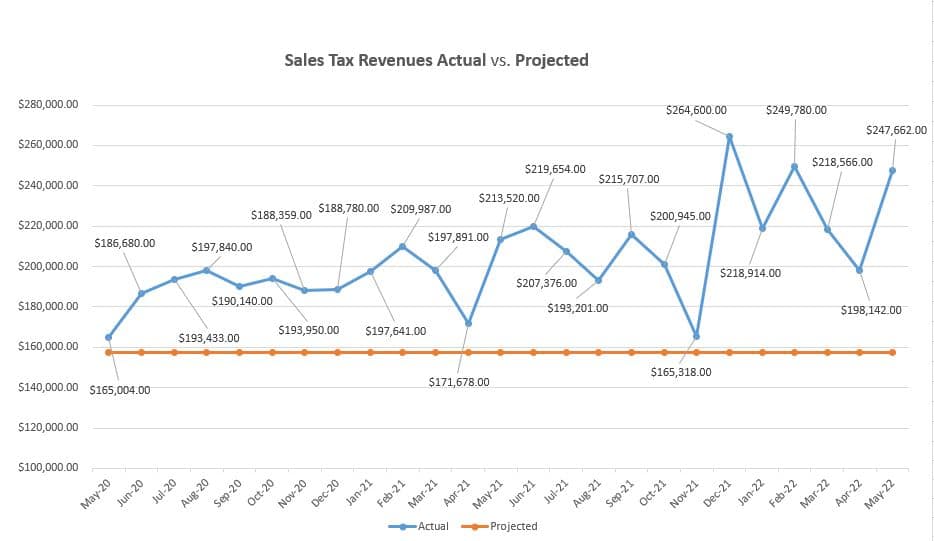 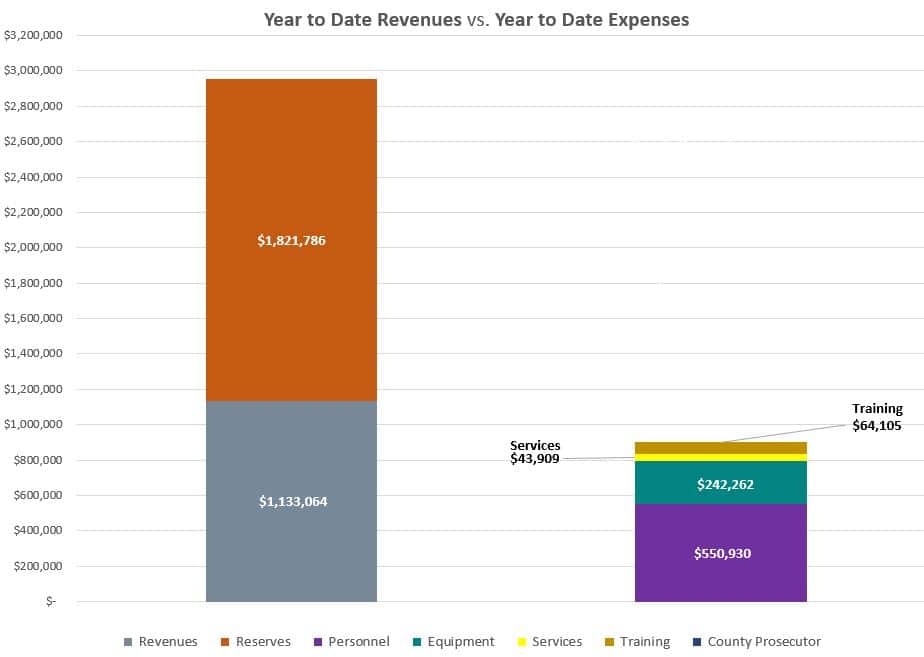 The focus of the Pittsburg Police Department’s comprehensive plan for expending public safety sales tax funding is to increase department staffing levels, with an emphasis on placing additional resources in patrol and also creating specialty units; such as developing a crime analysis unit and a standalone narcotics unit. Additional funding will be used to replace antiquated equipment, particularly the department’s current records management system.  This system, once acquired, will move the agency into the modern era of policing, commonly referred to as intelligence-led policing.  With additional staffing and state of the art equipment, the police department may better address our community’s crime and social problems in a more effective and efficient manner. Currently, the Pittsburg Police Department has fully staffed the positions promised in the Public Safety Sales Tax.

There are four separate concentrations that are included in the public safety sales tax for the Pittsburg Fire Department.  The first item is the replacement of a 30-year old Fire Engine that will be located at Fire Station #1.  The second is the necessary replacement of our Self Contained Breathing Apparatus (SCBA) and air compressor.  The third item is the replacement of our protective structural firefighting bunker gear. The final component is additional funding for the necessary training of our Firefighters in emergency scene operations.

Thank you for supporting Public Safety!