Pittsburg Beautiful is proud to announce the winners for July. These locations include 500 W. Martin, the home of Joann Grotheer;  3001 Woodgate Drive, the home of Lynn & Joan Farrell; and Trail Head Park at 11th & Broadway, City of Pittsburg. 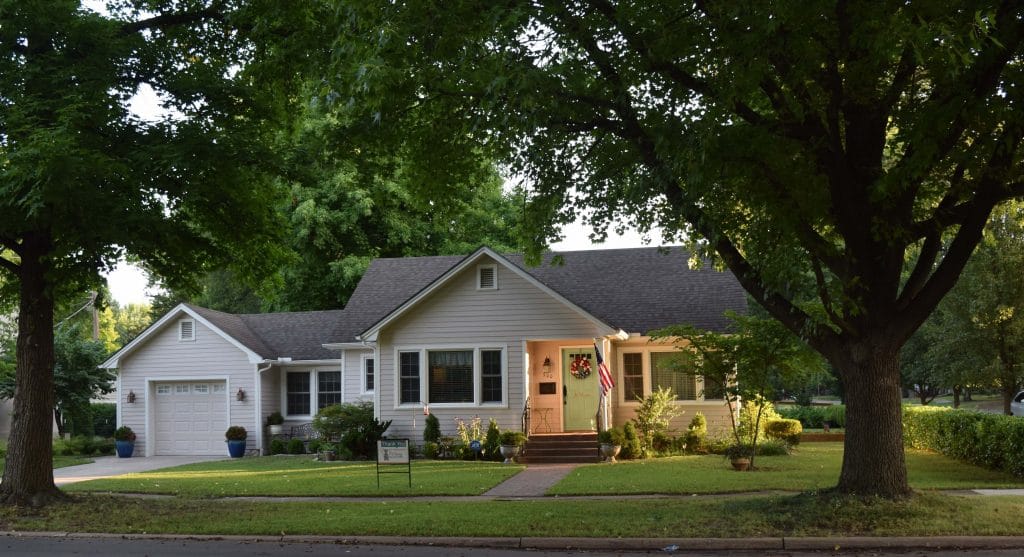 Joann Grotheer has owned her home for 25 years.  She spends at least 10 hours per week, working on her property.  She reports that she enjoys being outdoors and caring for her yard, and that “the yard has been especially enjoyable these past months with COVID-19—all my visitors stay outdoors so I want pleasant surroundings for them.” Joann also reports that “we all have a responsibility to do our part for our city and our neighbors.  Well-maintained property gives visitors a welcoming sign.”  Joann encourages homeowners and landlords to become interested in the appearance of homes, with cleaning yards a great start! 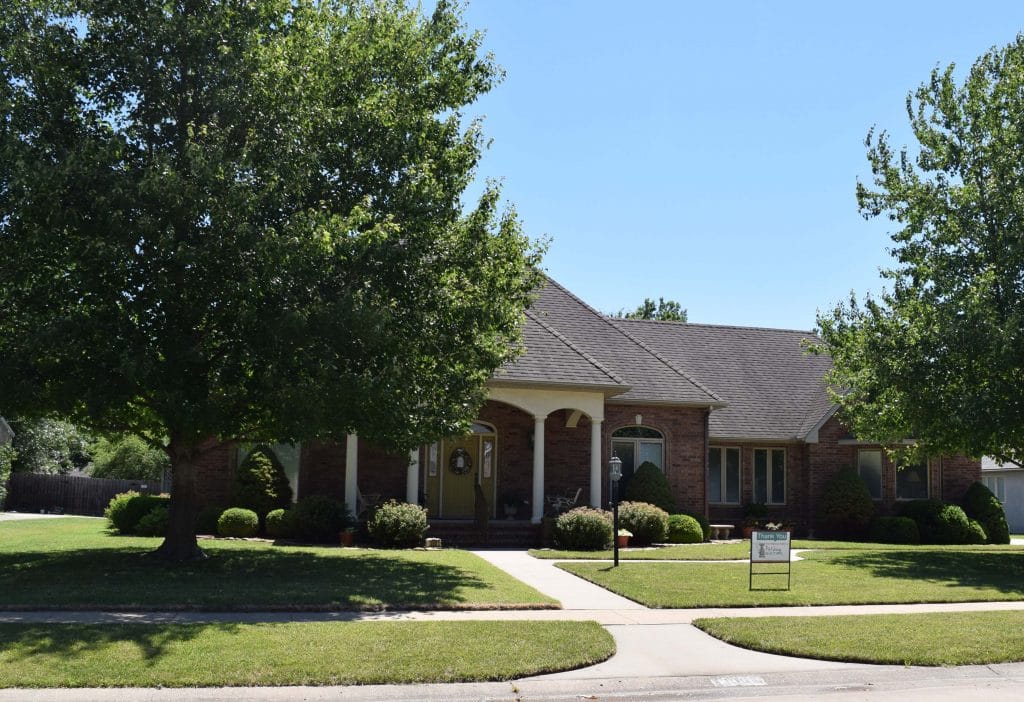 Lynn and Joan Farrell built their home in 1998.  Joan reports it is hard to say how many hours a week she gives to her home, as she enjoys being outside every day!  “The landscaping was put in about 22 years ago when we built our home.  We have only lost 3 bushes, which I replaced with flowers.  We believe that when you take care of your property you make a positive statement about your neighborhood and the community.” 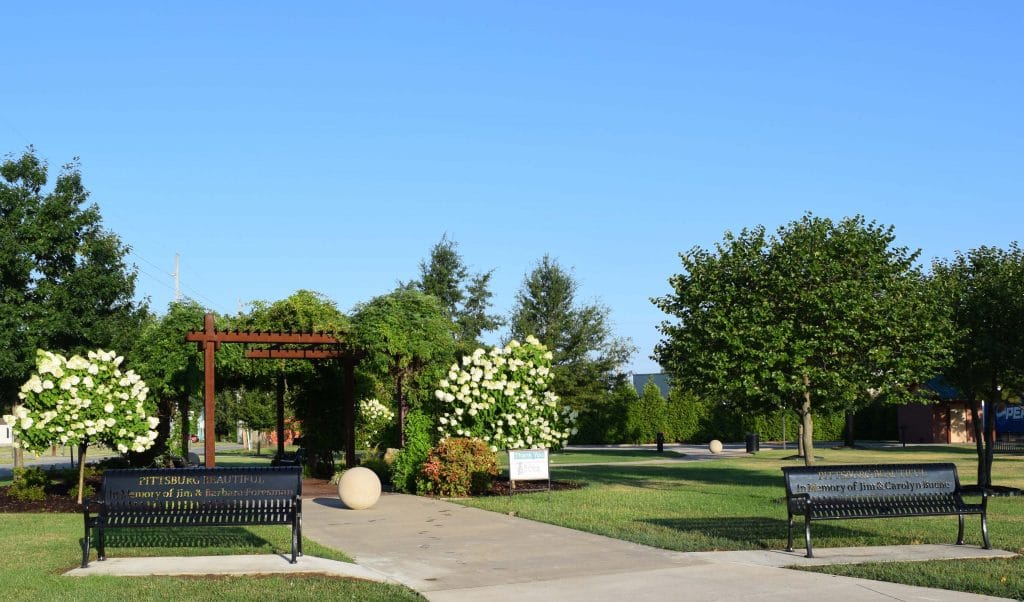 In 1998, a small group of citizens got together to discuss how they could help beautify the city, and make Pittsburg a place prospective residents and visitors would like to live.  These early members formed the “Mayor’s Beautification Committee”, later to be renamed “Pittsburg Beautiful.”  One of their most notable contributions is Trail Head Park at 11th and Broadway Street. Completed in 2011, this park serves as an entrance to downtown, welcoming visitors to the city’s historic district with a shady pergola, beautiful landscaping, and inviting benches.

For 22 years, this group of around 15 community members has organized, funded, and implemented multiple projects to enhance city parks and landmarks. Their numbers may be small but their contributions have been significant.

Two dedicated volunteers include Barbara Foresman and Jim Buche.  Barbara’s expertise and enthusiasm inspired the planting of flowers at the West Quincy Island, and the hanging baskets and urns in downtown Pittsburg!  Jim was treasurer of Pittsburg Beautiful for many years, and also “project manager” on the 20th Street RV Park, the Trail Head pergola, and the Trail Head Public Restroom, added in 2017.  With the support of their families, these volunteers have given to the City of Pittsburg.  This year, thanks to donations in the names of Jim & Barbara Foresman, and Jim & Carolyn Buche, Pittsburg Beautiful is proud to add memorial benches in their honor!

Pittsburg Beautiful continues to work hand in hand with the Parks and Recreation Department to maintain many green spaces in the city.  Trail Head Park is open all year, and now has new landscaping, and beautiful benches.  It is located on the Watco Trail, near downtown Pittsburg, across from the Farmer’s Market.   Come by and enjoy a rest stop!

Thank you all for making Pittsburg beautiful!