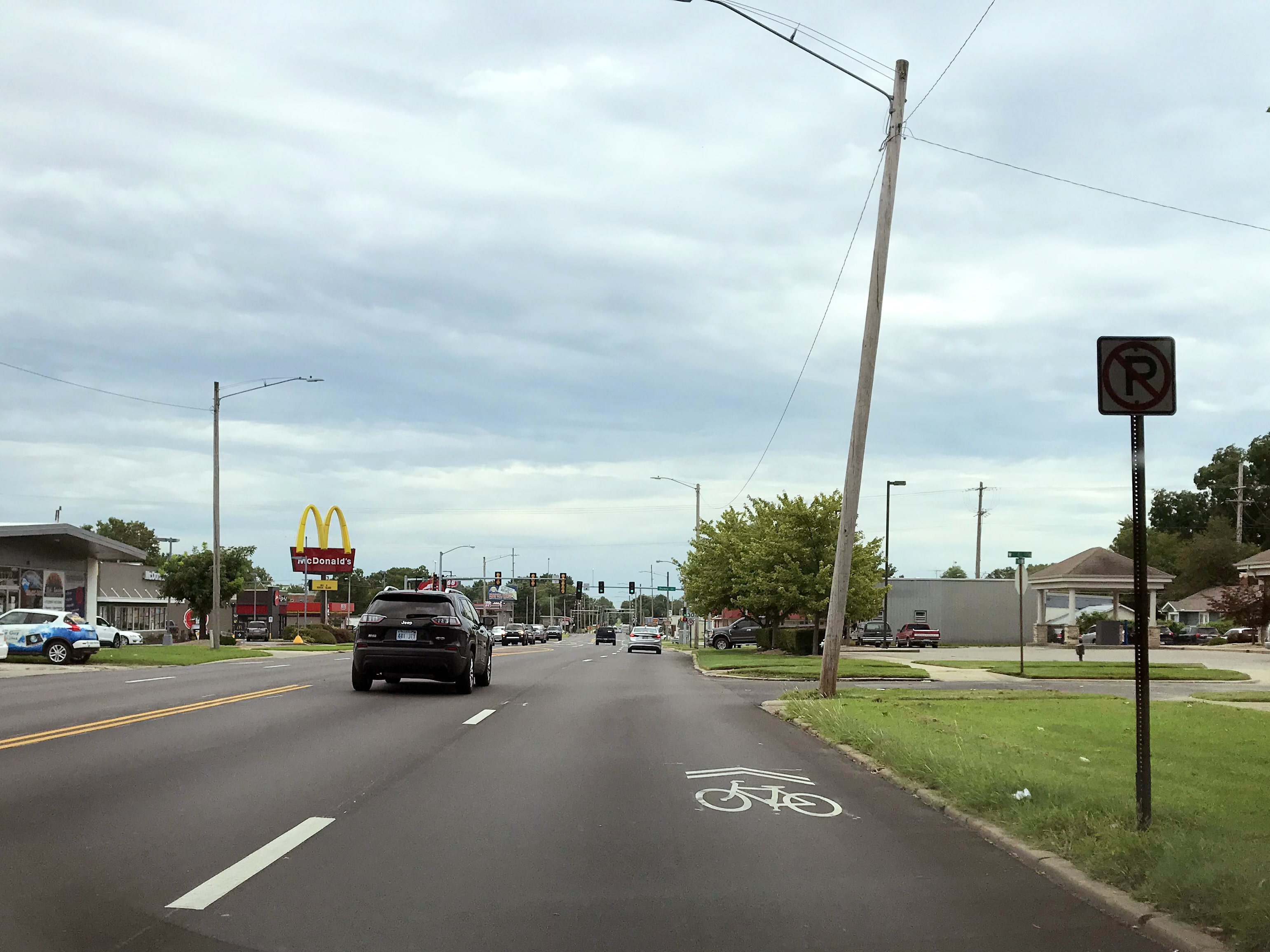 PITTSBURG, KS – If you’ve driven down South Broadway Street lately, you might have noticed some new lane markings on the pavement – a bicycle symbol with chevrons. These markings are called “sharrows” and they are just one way the Active Transportation Advisory Board (ATAB) and the City of Pittsburg are working together to make Pittsburg more bicycle friendly.

Sharrows first appeared in Denver in the 1990s. The word itself, a portmanteau of “share” and “arrow” was coined in San Francisco in the early 2000s. The purpose of these markings is to improve conditions for bicycling by clarifying where cyclists are expected to ride, and to remind motorists to expect bicyclists on the road.

“Unlike a designated bike lane, a sharrow does not create space reserved only for bicycles,” says ATAB board member John Robb. “It is used where cyclists and drivers must coexist in the same lane. Primarily, it’s a positioning guide. These shared lane markings are a low-cost solution to alert motorists of bikers sharing the road and reduce injuries to cyclists.”

If you are driving a vehicle on south Broadway Street, you should know that the driving lanes are too narrow for you and a bicycle to travel safely side by side. If you are behind a someone on a bicycle, wait until the left lane is clear then pass the cyclist appropriately, as you would another vehicle. Be aware that bicyclists are likely to be encountered in the driving lane. Bicycles are to be considered as a slower-moving vehicle.

If you are cycling on south Broadway, center yourself in the right lane. Be aware that you are a vehicle subject to the rules of the road. You are riding in a lane that is too narrow for a motor vehicle and you to travel side by side. Ride only in the direction indicated by the arrows. Drivers and riders should be aware of their surroundings and share the street safely.

About ATAB:
Established in July 2014, the Active Transportation Advisory Board (ATAB) is a volunteer citizen board which provides the City with recommendations for the planning and development of non-motorized transportation. The group meets on the first Tuesday of each month, at 12:00 pm, at City Hall. Members of the public are welcome and encouraged to attend.