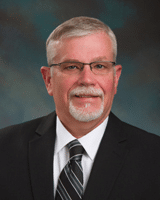 Chuck Munsell is a lifelong resident of Pittsburg. His family owned and operated Pryor trash service where he worked for several years. After high school, Chuck attended Pittsburg State University, obtaining an associate degree in Drafting. During college and until they closed, Mr. Munsell worked for McNally’s Manufacturing. Recently, Chuck was employed by the City of Pittsburg Fire Department. He retired after 25 years of service. Mr. Munsell is now employed with the USD 250 Transportation Department. His wife Karen worked for the City of Pittsburg Finance Department. She retired after 26 years of service. They have two sons Eric and Mike. Eric works for Nextera Energy in Juno Beach Florida. Eric and wife Theresa, have two sons, Ayden and Koen. Mike works for Burns and McDonald in Kansas City, Missouri. Commissioner Munsell was elected in 2013 and re-elected in both 2015 and 2019.  He served as mayor from 2015 – 2016 and is serving as mayor again in 2021. His term on the board will expire in December of 2023. Contact Mayor Munsell at chuck.munsell@pittks.org. 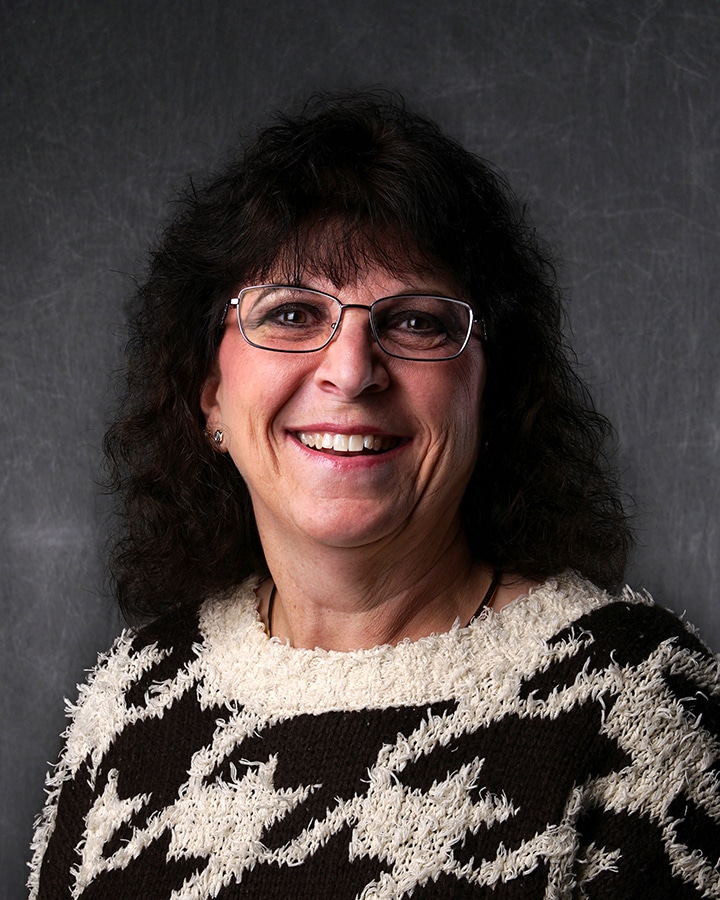 Cheryl Brooks – President of the Board

Cheryl Brooks is a lifelong resident, business owner and property owner. She and her husband Jeff have raised their children here and have had strong business ties to this community for over 36 years. She comes from a proud blue-collar working family. Commissioner Brooks and her husband own and operate three businesses – Brooks Plumbing LLC, Brooks Rentals, and B&B Mini Storage. It is her desire to represent this city and serve each of our citizens as we work together to make Pittsburg the best it can be. Commissioner Brooks was elected in November 2019. Her term will expire in December of 2023. Contact Commissioner Brooks at cheryl.brooks@pittks.org. 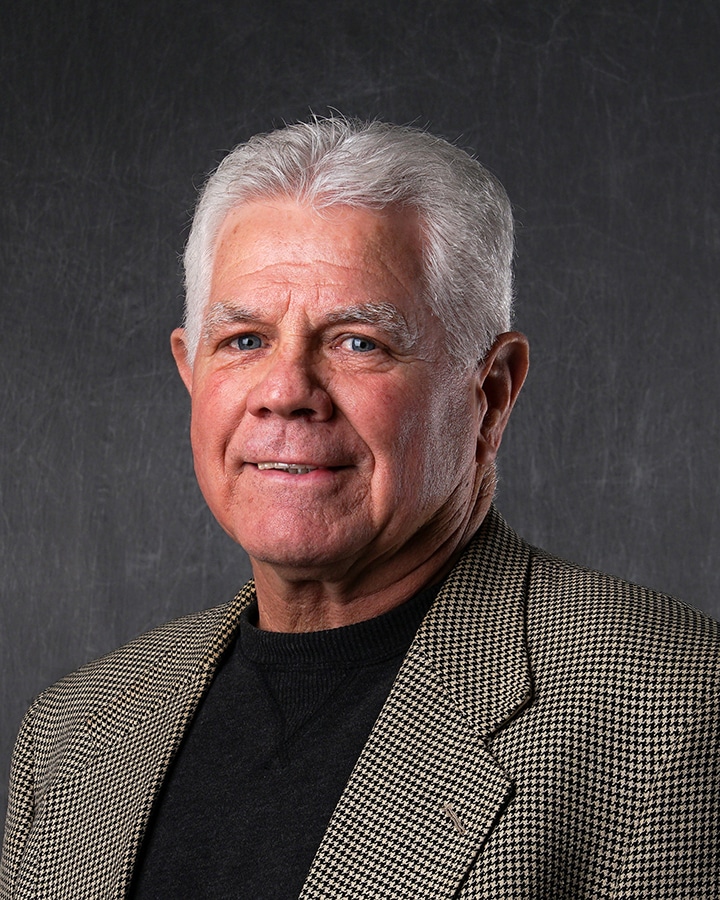 Larry D. Fields is a Pittsburg native. He moved away for thirty years and returned to Pittsburg after his retirement. He and his wife Sooki own and operate the Frisco Event Center. Larry attended Pittsburg public schools and earned a Master of Business Administration from Rockhurst University in Kansas City, Missouri. He served in the United States Army and had a career in the railway industry where he was Vice President of Operations for more than twenty-five years with the Kansas City Southern Railway. Larry worked in Africa and Russia on numerous railway projects. He served as a board member of the Kansas City Southern Railway Company Board of Directors, the Association of American Railroads, and President and CEO of the Texas Mexican Railway Company. Larry previously served as a trustee of the Colonial Fox Theatre Foundation and a board member on the Downtown Advisory Board. Commissioner Fields was elected in November 2019. His term will expire in December of 2021. Contact Commissioner Fields at larry.fields@pittks.org. 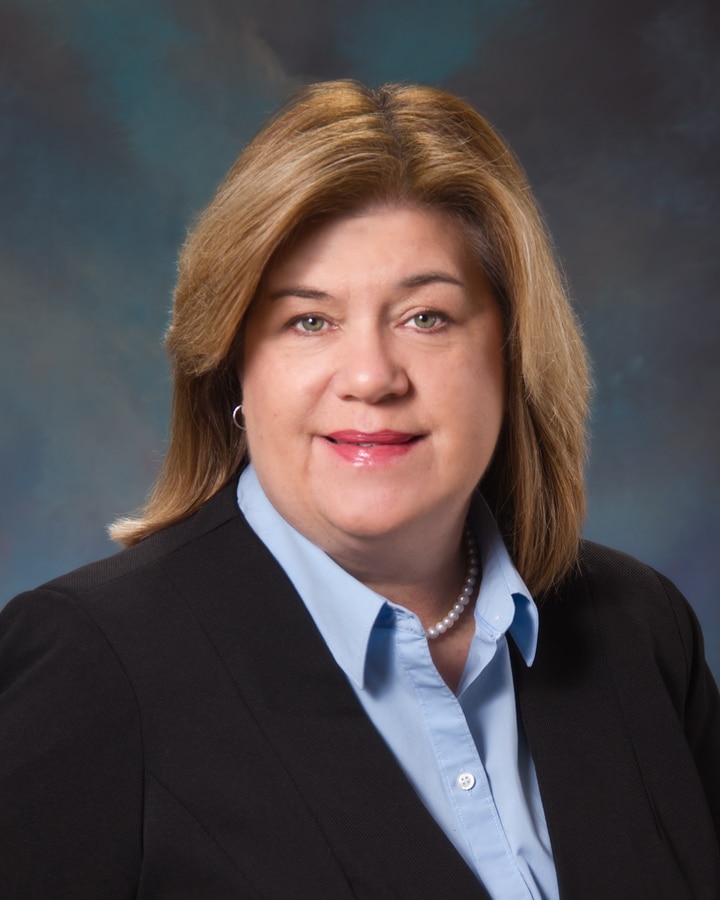 Dawn McNay grew up in Omaha, Nebraska, and moved to Pittsburg with her family in 1993. She has held the position of Community Health Center of Southeast Kansas director of development for eight years, and previously worked for Via Christi Hospital for 18 years. She has volunteered for multiple community organizations, including USD 250 School Board, Family Resource Center, PSU Foundation Board, Pittsburg Public Library Foundation Board, and Mount Carmel Foundation Board. McNay was elected in November of 2017 and served as Mayor from 2019 – 2020. Her term will expire in December of 2021. Contact Mayor McNay at dawn.mcnay@pittks.org. 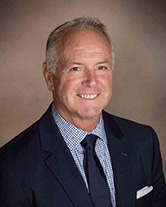 Patrick O’Bryan has been a resident, business owner and property owner in Pittsburg for over 48 years, and previously owned the retail store, Little’s Inc., in downtown Pittsburg. He served as a board member and president of the Pittsburg Area Chamber of Commerce, the Downtown Merchant Association, and president and financial chairman of the Pittsburg Decorations Council. He currently serves on the board of directors for the Community Health Center of Southeast Kansas. Appointed to the Pittsburg City Commission on January 22, 2007, O’Bryan has been elected/re-elected three times to the City Commission, and appointed twice. He served as Mayor from 2010 – 2011 and was again elected as Mayor for the 2019 – 2020 term. His term will expire in December of 2021. Contact Commissioner O’Bryan at patrick.obryan@pittks.org.