Why Housing? – by Quentin Holmes

In 2007, I graduated from Pittsburg State University and despite the push to move away, my wife and I wanted to stay in Pittsburg. With the job market slim and the available housing disheartening at the level we could afford, we had no choice but to move. A year and a half later, the economy collapsed and we found ourselves at a crossroads; one leading us back to Pittsburg to try and make it work. Fast-forward 10+ years and five houses later, I find myself a byproduct of the housing challenges in Pittsburg and the person responsible to find solutions.

Finding quality, moderate-income housing was a struggle for us. However, it is a challenge that families throughout our community face at all price points. Though efforts to remediate these issues have been made by the City, more work still needs to be done. As Pittsburg positions itself to become the region’s medical hub, ready for increased industry and poised for growth, our housing stock must match pace.

Housing is one of the six core areas of focus in the Imagine Pittsburg 2030 strategic plan, and we need to address housing challenges in all areas of development in order to advance our community forward.

This is a phrase I’ve heard many times and it tells an accurate story from the perspective of someone looking at our community from the outside: “Pittsburg has a lot of college rentals but not much for young professionals or young families.” In Pittsburg, over 50 percent of the houses are over half a century old; couple that with the fact that nearly 55 percent of homes are rentals and Pittsburg’s median household is 57 percent that of the State. The minority that is seen as needing “low-income housing” is actually a majority of our community. Low-income is not low-quality – its affordable.

This is the greatest need in Pittsburg. According to a commuter study gathered in 2016, nearly two-thirds of Pittsburg’s workforce leave at the end of the day – with half of them stating their reason for living elsewhere is lack of desirable housing. While the cost of building and lack of available subcontractors are barriers for such development, tools like the Pittsburg Land Bank are making this realistic for more than developers. Lincoln Square is a prime example of what a successful moderate-income housing neighborhood looks like.

In 2014, the City completed a Housing Needs Analysis. This laid out 10 objectives for the city to complete, one being a high-end development in the southeast part of the city. Silverback Landing soon will offer homes in said region and price-point. In the aforementioned commuter study, roughly 70 percent of respondents earning $90,000 per year or more live outside of Pittsburg.

As we age, priorities and desired amenities change. At the City, we continually hear people requesting low-maintenance housing. They want to own or rent a nice place but they don’t want to mow the yard or clean the gutters. While neighborhoods like this are popular across the country, it has been difficult to receive buy-in from developers due to the costs associated with living in such a development and the perception of poverty within our community.

Blighted properties present a unique set of challenges. Oftentimes these properties have absentee owners and/or unpaid taxes and assessments. In the past five years, the city has gone to extreme lengths to work with property owners to remove blight in our community. In the past four and a half years, more than 200 dilapidated structures have been demolished. Comparatively speaking, that is unheard of for a town our size. The removal of these unlivable structures has resulted in new, clean lots, ready for new homes to be built.

Our housing stock is the economic development engine our community is currently lacking.  Imagine Pittsburg 2030 is a community plan to progress Pittsburg forward, together. Significant improvements have been made in many of the key areas; yet the complexity of housing restrains our ability to make an immediate and visible difference. 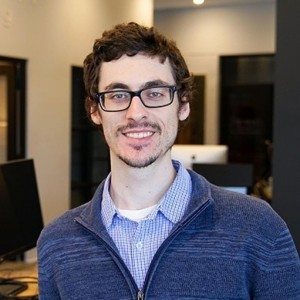