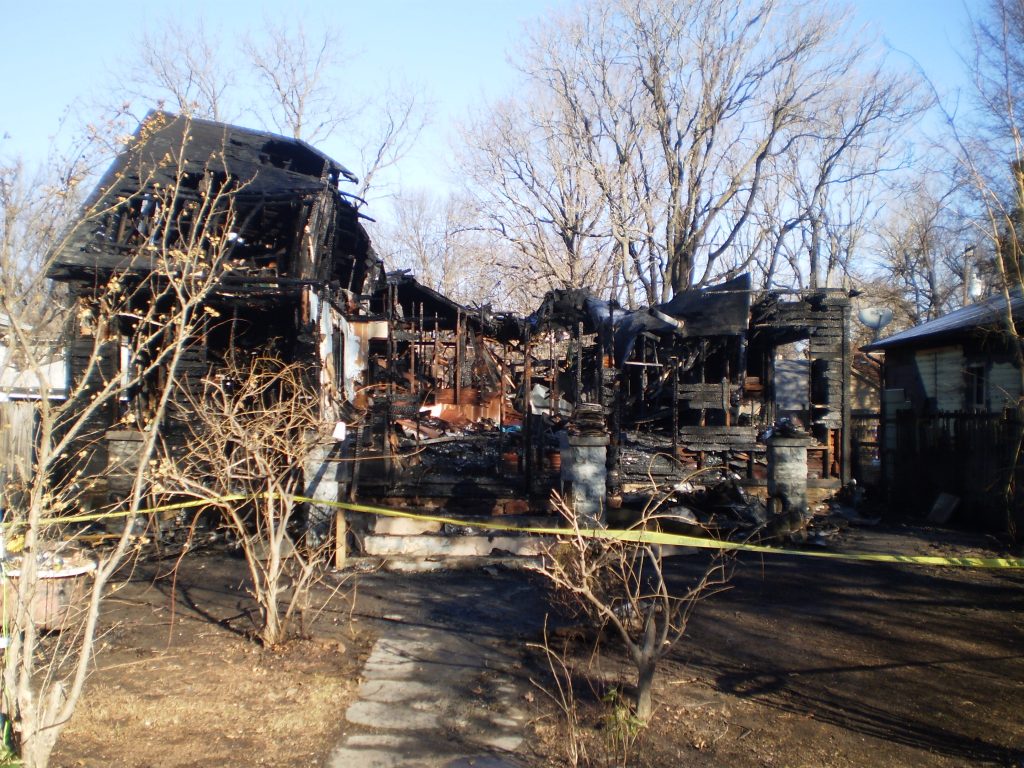 Upon arrival, firefighters found the home engulfed in flames. Three family members exited the home prior to the fire department arriving on the scene.

Police dispatch advised the fire department that a man was still trapped inside and communicated the person’s location to fire personnel. Once the occupant’s location was identified, two fire fighters were able to break a window and pull him to safety. He was then placed into the care of Crawford County EMS. The man was transported to a local hospital and placed under observation for smoke inhalation.

The man, his wife, his grandson, and his grandson’s girlfriend were asleep in the home when the fire started, according to the family. The grandson and his girlfriend awoke first and exited the home after they saw flames coming from a window on the front of the house. The man and his wife were sleeping downstairs and woke up to see the house was on fire. The wife was able to exit through the back door but her husband became trapped inside.

Pittsburg Fire Chief, Mike Simons says the Pittsburg Police Department 911 Dispatch and the fire department worked together to save the man’s life.

“We couldn’t have rescued this man without the help we received from dispatch,” said Simons. “They stayed on the phone with him and helped our guys find him just in time. This was truly a team effort.”

The Pittsburg Fire Department reminds everyone to have working smoke detectors in their homes, have an escape plan and be prepared to use it in the event of a fire.