Keeping Pittsburg beautiful one project at a time

In 1998, a small group of citizens got together to discuss how they could help beautify the city, and make Pittsburg a place prospective residents and visitors would like to live.  These early members formed the “Mayor’s Beautification Committee” later to be renamed “Pittsburg Beautiful.”

For 22 years, this group of around 15 community members has organized, funded, and implemented multiple projects to enhance city parks and landmarks. Their numbers may be small but their influence has been significant.

Pittsburg Beautiful, working hand in hand with parks and recreation staff, is responsible for maintaining a number of green spaces in the city. While shopping downtown, have you noticed the petunias hanging from the light poles or stopped to smell the flowers planted in the decorative urns along Broadway?  While driving into the city at Christmas time, have you admired the festive twinkle lights adorning the “Welcome to Pittsburg” signs?  If so, you have appreciated the efforts of their volunteerism.

In addition to beautifying the downtown district with flowers each year, Pittsburg Beautiful is responsible for the “Welcome to Pittsburg” signs at the north and south entrances of the city, and at 20th Street and 69 Highway. They also maintain the triangular green space at Walnut & Kansas Street, and plant flowers in the planters at Sixth and Pine Street, near the architectural stone arches that used to be Pittburg’s Masonic Temple – and that’s not all.  A true grassroots organization, these volunteers are not shy when it comes to getting their hands dirty, but they’re not just known for pulling weeds.  Their projects have enhanced many areas of the city in need of beautification; turning blighted areas and eyesores into appealing public spaces.

One of their most notable contributions is Trail Head Park at 11th and Broadway Street. Completed in 2011, this park serves as an entrance to downtown, welcoming visitors to the city’s historic district with a shady pergola, beautiful landscaping, and inviting benches.  They enhanced the RV and Tent Park by funding the pavilion and bathhouse projects, and have been essential in many of the upgrades at Schlanger Park.

They also spearheaded the “Let’s Keep Pittsburg Beautiful” anti-littering campaign and, with hope that taking pride in neighborhoods would be contagious, launched a monthly awards program to inspire residents and businesses to improve their properties.

What’s on the horizon for Pittsburg Beautiful?  What is the next big project they aim to tackle?  The sky is the limit if volunteers continue to come together.

If you’re looking for a way to make a difference in the community, and you have ideas and energy to contribute, get engaged and become a member of Pittsburg Beautiful! 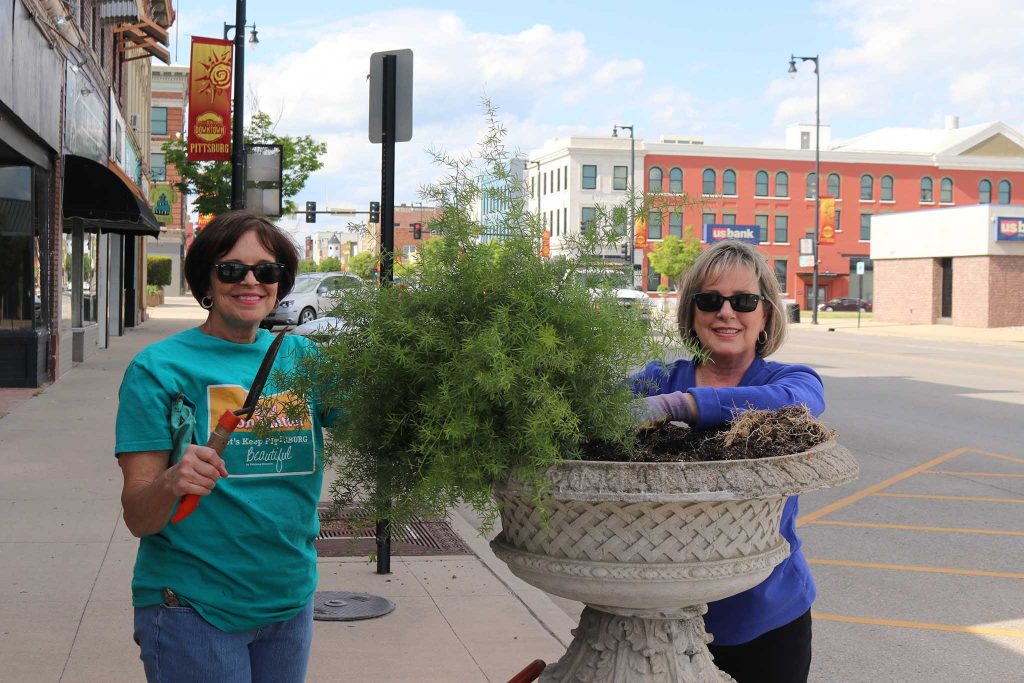 Pittsburg Beautiful needs people LIKE YOU who care about the community to join their effort. Grab your garden gloves and join us as we work to make Pittsburg beautiful. 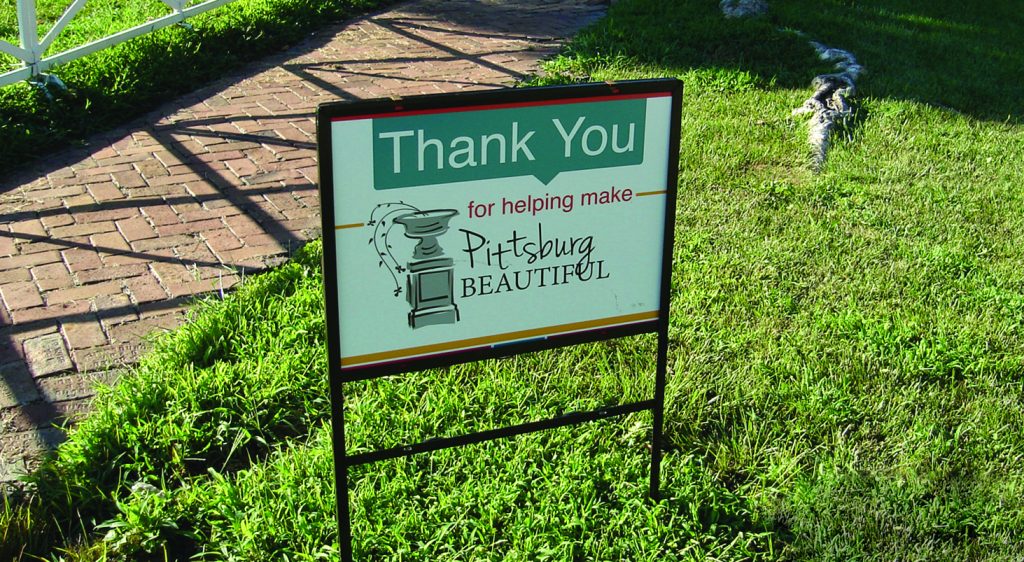 Pittsburg Beautiful recognizes those in our community who take pride in maintaining their homes and businesses. Send your nominations to Pittsburg Beautiful c/o Pittsburg Parks and Recreation at P.O. Box 688, Pittsburg, KS 66762. Please include the property owner’s name along with address.