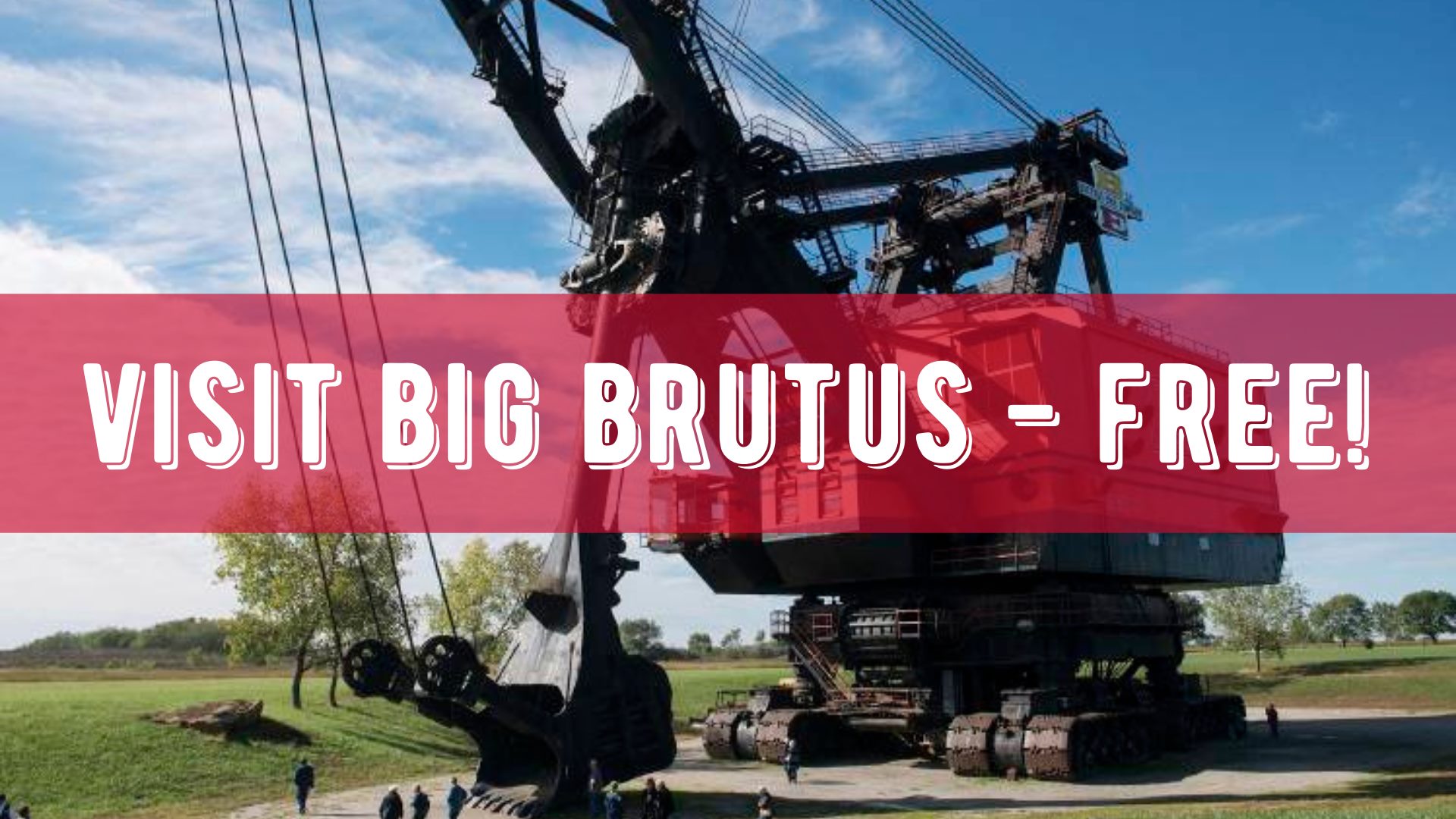 We look forward to seeing students on Pittcation day at Big Brutus on March 28, 2021. Just to clarify, this offer is not an open invitation for EVERYONE to see Big Brutus for free. You must be a PSU student or school student with ID to prove it. Also, 1 person per ID.

Big Brutus is the nickname of the Bucyrus-Erie model 1850B electric shovel, which was the second largest of its type in operation in the 1960s and 1970s. Big Brutus is the centerpiece of a mining museum in West Mineral, Kansas where it was used in coal strip mining operations. The shovel was designed to dig from 20to in relatively shallow coal seams. Big Brutus is 160ft high and weighs 11 million pounds . The bucket holds 90cuyd or 150 tons . Maximum speed is 0.22 MPH. It cost $6.5 million in 1962 when it was shipped in 150 railroad cars to be assembled in Kansas. It was used until 1974 when it became uneconomical to mine coal at the site. At that time it was considered too big to move and was left in place. Big Brutus, while not the largest electric shovel ever built, is the largest electric shovel still in existence. The Captain, at 28 million pounds, was the largest shovel and one of the two largest land-based mobile machines ever built. It was scrapped in 1992. The Pittsburg & Midway Coal Mining Company donated Big Brutus in 1984 as the core of a mining museum which opened in 1985. In 1987, the American Society of Mechanical Engineers designated Big Brutus a Regional Historic Mechanical Engineering Landmark. The museum offers tours and camping.